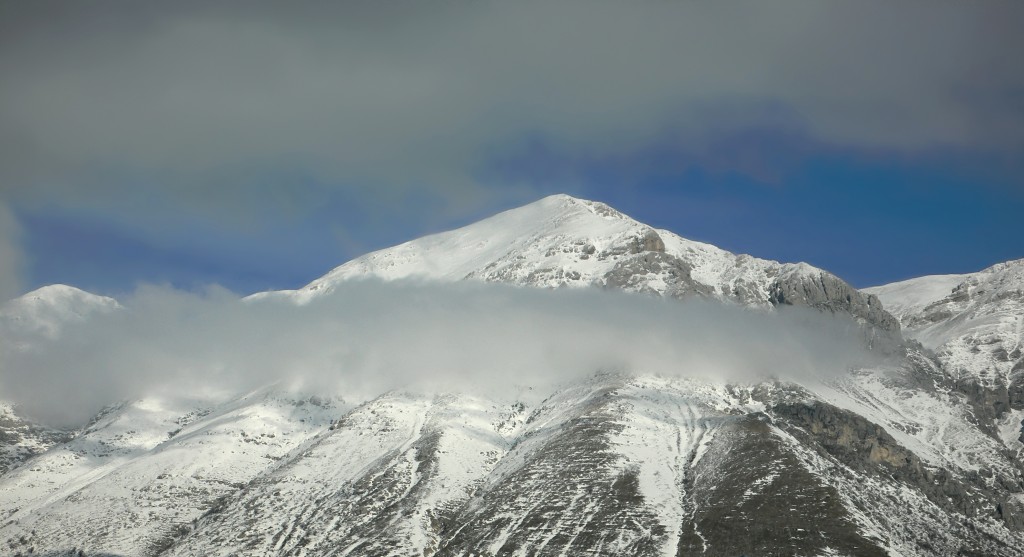 This post reflects a continuation of a sermon series at Bethel Church entitled “Living Above & Beyond;” a series and a season wherein we are challenging ourselves to live above and beyond the malaise that affects too many churches including, often, our own. We want to be the church that lives above and beyond material enslavement, spiritual complacency, and a limited eternal vision and impact.

In recent years over 500 of our families have moved through Dave Ramsey’s Financial Peace University. In do doing these families have eliminated hundreds of thousands of dollars worth of personal financial debt, they have applied tens of thousands of dollars towards what Dave Ramsey calls an “emergency fund,” and, most notably, have freed themselves to stop looking backward all the time with regard to serving the Lord, but to look above and beyond. They have a greater joy because their financial liabilities have been blunted or eradicated, and this has positioned them to be more confidently and joyfully available to whatever God puts before them for his kingdom work.

And . . . many of these families have now asked us as a church when we are going to pursue the same thing. After all, we still have about 20% left to pay on a ten million dollar note on our campus. Would we not be far more available to God were we to eliminate that? Would we not be far more agile for his work if we had our own substantive contingency fund? Would we not have a greater joy and enthusiasm if we know we had the soul-space to not just dream about his work but to robustly enter into it?

It is with these things in mind that we have turned our attention to Deuteronomy 26. Tucked in the midst of the Book of Deuteronomy, which was Moses’ final sermon prior to his death, he anticipates the day when God’s people will be in the Promised Land. Noting that God is very good and holy and worthy of their best, Moses invites the Israelites to “make a response” (Deut. 26:5) to God. They are to remember who they have been, from what God has rescued them, and how he has blessed them. Then, according to Deuteronomy 26:10, they are to bring before him the first of their fruit of the ground. This material presentation was to be the tangible expression of their heartfelt gratitude for God and God’s goodness. It is particularly noteworthy that this presentation was to take place with the combination of the annual wheat harvest and the anniversary of God’s redemptive covenent as a backdrop.

Deuteronomy 26:10 highlights a handful of important matters that amplify the beauty of stewardship. First, it cannot be overlooked that the words “bring” and “given” in the verse are in the perfect tense, suggesting that they represent the fullest and most comprehensive understanding of those words. In other words, when the people were to “bring” to the Lord their first-fruits, it was understood they were to bring him their absolute best, holding nothing back. Of course this was in response to the fact that he had “given” his very best to them, holding nothing back.

That said, the concept of “first-fruits” rises to a whole new place. Typically, our culture sees the first of our fruit as a token expression of what we have, given to God or to another. It is seen as somewhat progressive: I’ll give you this part first, and then I’ll keep the rest. For example, followers of Christ often will be encouraged to give a tenth of their income to the Lord and then use the rest for themselves. On the surface, this seems reasonable. However, this division-of-resources approach is not at all what Moses has in mind in this passage. Indeed, the word for “first” does not imply a progressive division, such as one and then two and then three, et cetera. It implies something that represents everything. In fact, the Hebrew root word for “first” is rosh, and rosh often represents the chief of a tribe, or the summit of a mountain. The chief is not a chief apart from the tribe. He is a chief as a representative of the whole tribe. The summit of a mountain cannot somehow be disconnected from the mountain. It is the representative of the whole. The first of the fruit that we give is to represent all that we have. In other words, we just don’t give God a nice portion of our material things and then assume the rest is ours. We give him a portion recognizing that all of it, represented by that portion, is his! The implications of this for time and talent and treasure our monumental!

Another detail to note in Deuteronomy 26:10 relates to the phrase “worship before the LORD your God.” The word “worship” will often be understood as a some kind of mere observance of God’s worthship. In our context we show up at said church, we sing, we give, and we go. And then we declare we worshipped God. However, the word is far richer than that allows. In the Hebrew world the word used here suggests that one has prostrated himself. Indeed, grammatically it is a reflexive word, and as a result the activity of the self it central to the thrust of the word. The person offers all of himself in an act of utter prostration before the Lord. The sum of who the individual is is offered. With nose in the dirt, body prone, arms stretched out to the sides, the individual humbles himself in a very dramatic and intentional fashion. And in the context of Deuteronomy 26, this prostration of oneself comes on the heels of the costly effort of identifying the best of the fruit to bring to the tabernacle or temple, the costly effort of traveling to that place of worship, and the very public presentation of oneself and one’s family to the priest (see Deut. 26:3). We not only present all of our material wares as belonging to God, we present all of ourselves as belonging to him. Again, the implications of this reality for how we spend our time, use our giftedness, and leverage our treasure are significant!

One more detail to note for now. Deuteronomy 26:11 drives home the point that all of this great effort in making a response to God is done within the context of and for the benefit of the global community. Wholehearted worship and devotion is not a mere private matter. There should be rejoicing for all that God has given not only to ourselves but, according to the context in Moses’ day, “the Levite, and the sojourner who is among you.” The Levite would have been essentially one of the Israelites. But the sojourner is not; that person is foreign. In other words, our response to God’s goodness is offered in a context that includes people like us and those who are not like us at all. Such an effort becomes a blessing to others. Responding to God with all that we are and have certainly has a missional component to it.