“Write This Down…” provides a restatement of selected points or observations from various teaching venues at which Pastor Matthew speaks. The following material is from Pastor Matthew’s sermon entitled, “God’s Presence in the Pit”, part of the sermon series “Memoirs of an Ancient Prophet: A Study of the Book of Daniel,” presented the weekend of January 30, 2011, at Bethel Church:

On the heels of King Nebuchadnezzar’s fantastic dream (see Daniel 2:1 and following), the king finds himself nursing a self-glory that ultimately gets the best of him. Playing off of the imagery of the dream, and the related glory and influence inferred within the dream, Nebuchadnezzar orders that a gigantic image be constructed on the plain of Dura, a large area about a day’s journey south of the ancient capital city of Babylon (Daniel 3:1).

Ultimately commanding that all of his officials gather before the newly constructed image so as to worship it, people stream in for what seems to become an elaborate and probably prolonged festival filled with all the cultic trappings expected within a frenzied pagan society. It is likely that for days on end the people celebrate the construction of the golden image, and this in a context of community fellowship tainted ever-so-forcefully by the fear of death (cp. Daniel 3:6). Then, at the right moments during the festivities, when the music has crescendoed to a mighty pitch, everyone falls on their faces in the desert sands and pays homage to the image (Daniel 3:7).

But three men within the kingdom refused to worship the image: Shadrack, Meshach and Abednego. Confronted by the king because they did not bow down to the image, and threatened with instant death in the fiery furnace that had been used in the image’s construction, Shadrack, Meshach and Abednego respond with a courage that is unfathomable. “O Nebuchadnezzar, we have no need to answer you in this matter. If this be so, our God whom we serve is able to deliver us from the burning fiery furnace, and he will deliver us out of your hand, O king. But if not, be it known to you, O king, that we will not serve your gods or worship the golden image that you have set up” (Daniel 3:16-18). 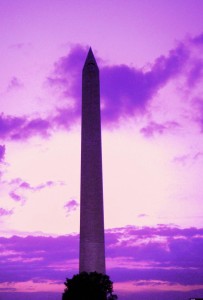 By so responding these three brave men give a tremendous example of how to choose wisely when overwhelmed with the temptation to compromise principles. Indeed, they display what I might call the “Four C’s for Life in the Pressure Pit.” First, they display an incredible confidence in God’s promises. Secondly, this sets them up to own a deep sense of contentment no matter the earthly outcomes. Thirdly, such contentment makes way for great courage come what may. And these things are embraced no matter the cost.

That Shadrack, Meshach and Abednego could have such confidence and contentment and courage, no matter the cost, is shaped first and foremost by those promises of God referenced above. And Isaiah 43:1 and following provide for the men the encouragement needed to stand tall. Written nearly 200 years earlier, these words served to nurture the souls of Shadrack, Meshach and Abednego while they endured their exile in the Babylonian kingdom, and certainly were used by God to uniquely equip them for this confrontation with Nebuchadnezzar. Isaiah’s focus on God’s ability to preserve his people “when [they] walk through fire (Isaiah 43:2), and the related reminders of how God spared the people in the past by bringing them out of Egypt (cp. Isaiah 43:3), his promise to restore them within their ancient land (cp. Isaiah 43:5-6), his calling out of those who assemble together to witness against God (cp. Isaiah 43:8-9), and his denouncement of the Babylonians and Chaldeans (Isaiah 43:14), are matters that Shadrack, Meshach and Abednego had been processing from God’s Word for some time. When the opportunity to yield to King Nebuchadnezzar’s threats came their way, they stood firm, would not falter, and chose death because they had understood that with God there would be ultimate victory.

God is always with us, as seen from the text of Isaiah 43, and this is certainly something the three men remembered—a promise to which they clung with their very lives. And Jesus offers us similar promises today. “I will never leave you nor forsake you,” he says in Hebrews 13:5. Moreover Jesus says, “I have said these things to you, that in me you may have peace. In the world you will have tribulation. But take heart; I have overcome the world” (John 16:33). When the pressure mounts, and we are sitting at the dangerous intersection where compromise meets integrity, we can stand firm because our God is with us.