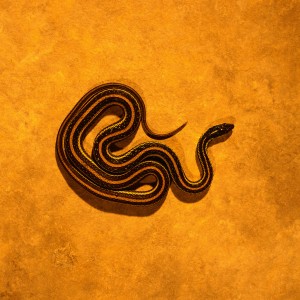 Anticipating this weekend’s sermon from our series entitled, “Lies the Church Believes,” I’m reprising this posting from the Fall of 2008. This weekend’s message: “Lie #3: Tradition is More Important than the Mission of the Church.”

The people of Israel mastered two tasks during their trek through the wilderness: winding their way through the mountain passes and desert straits, and whining as they went. In fact, their impatience was so irritating to God that at one point He sent poisonous snakes to smite them. Numbers 21:8-9 develops the story, saying, “And the LORD said to Moses, ‘Make a fiery serpent and set it on a pole, and everyone who is bitten, when he sees it, shall live.’ So Moses made a bronze serpent and set it on a pole. And if a serpent bit anyone, he would look at the bonze serpent and live.”

Those who glanced at the bronze symbol of God’s mercy did indeed live. In fact, this icon became a type for the lifting up of Jesus on the cross. John 3:14-15 says as much when it states, “And as Moses lifted up the serpent in the wilderness, so must the Son of Man be lifted up, that whoever believes in Him many have eternal life.” But over the years following that day in the desert, the Israelites offered undue affection toward this mere statuette, eventually erecting it in the temple built by King Solomon. And as the Davidic kings transitioned from one generation to another, the bronze serpent began to receive the worship of a people who were succumbing to the idolatry of their neighbors.

Enter Hezekiah, king of Judah. Like his ancestor King David, King Hezekiah was a righteous man who trusted God. No small wonder then that when he ascended the throne of Judah he destroyed all of the idolatrous sites that had been established by some of his predecessors—including that bronze serpent. 2 Kings 18:4 summarizes, saying that Hezekiah “broke in pieces the bronze serpent that Moses had made, for until those days the people of Israel had made offerings to it (it was called Nehushtan).”

Allow me to ask you a couple of very important questions. Is there anything in your life like Nehushtan? Are there traditions, practices, places or people who have in your life subtly displaced the rightful rule of God? We Christians are notorious for what are commonly known as sacred cows—those ideas and practices that are typically useful for building the body of Christ, but which at some point become the driving forces of our faith. Certain styles, strategies, schedules, and systems—for many of us—take on greater influence than the Scriptures and the Sovereign God about which they speak. In Israel, the sacred cow was a bronze serpent, and this is idolatry. What is the sacred cow in your life?

Father, let nothing displace you in my life. When I have given away the affection reserved only for you, forgive me. The traditions and practices and manners of men are passing away. Anything other than total, biblical devotion to you is idolatry, therefore, like Hezekiah I choose to break to pieces the bronze serpents that at one time helped me know you better, but today distract me from you. Amen.