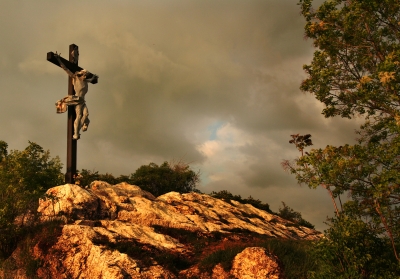 The message was reinforced in ways from which Mark would never recover. Chronologically, it would begin in Mark’s family home. One by one the disciples gathered and Jesus, the esteemed teacher, got on his knees and washed their feet. The disciples had never seen such a thing before, and neither had Mark, watching from the shadows. “If I then, your Lord and Teacher,” Jesus offered, “have washed your feet, you also ought to wash one another’s feet” (John 13:14).

Another moment came years later. Long after Jesus had ascended into Heaven and the Church had sprung into existence, Mark joined the apostles Paul and Barnabas on a missionary journey into Asia Minor. But he would not go far. Acts 13:13 tells how Mark bailed out on them in the port-city of Perga, evidently overwhelmed by the journey to come, anxious to be home, anxious to return to what was comfortable. One can almost imagine Paul glaring at Mark, exhorting him to embrace the life of a doulos, or bondslave of Jesus Christ. One wonders what Mark thought when, back at home in Jerusalem, he later learned that Paul was nearly stoned to death because of his testimony for Jesus (see Acts 14:19-23).

And then many more years passed. Mark’s close mentor Peter was about to be executed. Everyone knew it was coming, including Peter. It was at this time that Peter penned a final letter to the church—a letter that simply began: Simeon Peter, a bondslave and apostle of Jesus Christ (2 Peter 1:1). More than being an apostle, Peter was a slave. To Christ Jesus.

Service and slavery. It was completely fitting that Mark should put these things forward in his response to the desperate question of the Roman believers, the question being whether following Jesus was worthwhile, particularly in light of the persecution the believers faced.

The word “servant” referenced by the Lord suggests providing aid or help with a loving and tender spirit, a joyful willingness. The word “slave” reference by our Lord suggests complete and total bondage to a master, with no concern for personal interests. These two words put together, as by Jesus in Mark 10:43-44, offer a powerful definition of what it means to be a Christian: one willing to give the best with a joyful spirit out of complete abandon to the Lord and his unique agenda. By giving his own life as a ransom for many, Jesus fully embodied the spirit of this definition. As his followers, so must we.

And so it is when the question comes from the persecuted Christians of Rome as to whether dying for Jesus is worthwhile, Mark could communicate to them, “Absolutely, for by an allegiance to the Master that yields even death, we triumphantly declare his glory above all things, and show a desperate and lost world there is hope beyond the grave.”

“Write This Down” is a summary of select teaching moments offered by Pastor Matthew. The preceding summary is from the message “A Call to Serve,” the second message from the series entitled “Church on the Edge,” a study through the Gospel of Mark, presented on the weekend of September 30, 2012, at Bethel Church.