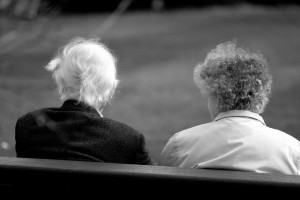 One of the most unsung heroes of the Bible narrative is a man named Caleb. Fierce in his resolve, filled with passion for the things of God, Caleb was a man determined to live earnestly for the Master until his dying breath. Joshua 14:6 and following tells a large part of Caleb’s story. Eighty-five years of age, and ever-zealous for God’s reputation, Caleb is found rallying the Israelites to continue with their mission of conquering the remaining Canaanite kingdoms so that the land of Israel might be fully established. It might be worth carefully reading through the following passage, taken from the English Standard Version:

6 Then the people of Judah came to Joshua at Gilgal. And Caleb the son of Jephunneh the Kenizzite said to him, “You know what the Lord said to Moses the man of God in Kadesh-barnea concerning you and me. 7 I was forty years old when Moses the servant of the Lord sent me from Kadesh-barnea to spy out the land, and I brought him word again as it was in my heart. 8 But my brothers who went up with me made the heart of the people melt; yet I wholly followed the Lord my God. 9 And Moses swore on that day, saying, ‘Surely the land on which your foot has trodden shall be an inheritance for you and your children forever, because you have wholly followed the Lord my God.’ 10 And now, behold, the Lord has kept me alive, just as he said, these forty-five years since the time that the Lord spoke this word to Moses, while Israel walked in the wilderness. And now, behold, I am this day eighty-five years old. 11 I am still as strong today as I was in the day that Moses sent me; my strength now is as my strength was then, for war and for going and coming. 12 So now give me this hill country of which the Lord spoke on that day, for you heard on that day how the Anakim were there, with great fortified cities. It may be that the Lord will be with me, and I shall drive them out just as the Lord said.”

Three important observations may be made from these verses. First, Caleb believed God. It wasn’t merely enough for him to believe in God; the reality is that a lot of people can do that. He went beyond mere belief in God. He believed God, and this was evidenced in his sensitivity to the ways in which God had spoken. “You know what the Lord said”, we find in Joshua 14:6. Because God had said something—anything—it must be so. Caleb had unwavering confidence in God and God’s Word. “[T]he Lord has kept me alive, just as he said”, we read in Joshua 14:10. Caleb believed God.

Secondly, Caleb mixed his personal passion and mission with God’s agenda and purposes. Caleb understood that God was doing something very unique with the people of Israel. Indeed, Caleb never lost sight of the vision that he had acquired when he was a much younger man (see Numbers 14:8). And knowing that God was doing something very great, Caleb committed to be a part of that movement; Caleb sought to intertwine his very own life with the unfolding purposes of God. “I am still as strong today as I was in the day that Moses sent me; my strength now is as my strength was then, for war and for going and coming. So now give me this hill country of which the Lord spoke . . .” (Josh. 14:11-12a). Eighty-five years old, and Caleb was as fired up as ever regarding the accomplishment of God’s agenda. In fact, it would appear that with age he had gotten even more emboldened.

Thirdly, Caleb followed God wholly. This notion is repeated not only in these few verses in Joshua 14, but is iterated in Numbers 14:24 where we find it said that Caleb followed God “fully”, and Deuteronomy 1:36, where we see Moses commend him for “wholly” following God. What an incredible accolade—one for which every Christ-follower ought to strive!

Of course, these three observations beg some important introspection on the part of the observer. Are you someone who believes God? Are you someone who yields your life mission unto God’s great eternal purposes? Are you someone who wholeheartedly follows after God? Sadly, too many of us—including yours truly—too often compartmentalize our lives so that we do not follow wholly but only as it is comfortable. Too many of us wish to seperate our own mission from God’s agenda, letting our own agenda rule the day. Too many of us are willing to believe in God, but to believe him is too risky and requires more trust than we are comfortable offering. But Caleb foils such common traits, and this forces us to take notice; to deal with an important principle.

And that is the Caleb Principle, and it goes like this: I can and must intertwine my personal passions and mission with God’s demanding purposes, faithfully, until I draw my final breath. Yielding to this is to raise the bar of discipleship very high—right where it should be. And for those of us who are younger than many we should take note of the fact that with God’s gracious help we can live well and finish very strong, even though the world, the flesh and the devil seem to constantly tell us that we simply won’t make it.

And for those of us who are older (and you know who you are!), the message from Caleb’s life is simple: finish strong . . . take the hill . . . don’t give up! We need you. God wants you. There is simply too much at stake.