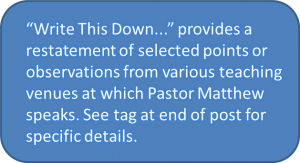 There are only three verses recording her story, and yet within the broad expanse of God’s written Word, Anna leaps out as a compelling, winsome and remarkable woman seasoned by life and her Lord. Take in the whole of her story, as recorded in Luke 2:36-38:

And there was a prophetess, Anna, the daughter of Phanuel, of the tribe of Asher. She was advanced in years, having lived with her husband seven years from when she was a virgin, and then as a widow for eighty-four years. She did not depart from the temple, worshiping with fasting and prayer night and day. And coming up at that very hour she began to give thanks to God and to speak of him to all who were waiting for the redemption of Jerusalem.

Brief but potent, this story reveals a character worth emulating, regardless of age, but perhaps especially for those of us who are older. Take note of the following observations. First, she was a prophetess. Such descriptions for women are rare in the Bible, and it is their rarity that makes them stand out. Moses’ sister Miriam is referred to as a prophetess, as is Deborah, the great Israelite judge (see Exodus 15:20 and Judges 4:4, respectively). The importance of this for Anna is that it gives her a platform of unique credibility when speaking about the newborn Jesus, to whom she goes there in the temple. Her stamp of approval, so to speak, upon the newborn Jesus serves to represent all of the prophets from the ancient days. It is as if through her they are declaring, “Yes, this is the Messiah and Redeemer!” 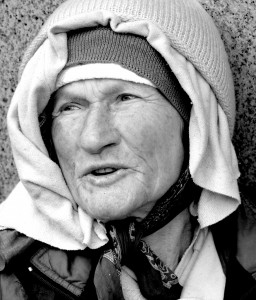 Secondly, she came from a godly heritage. Her own name means “grace,” and her father’s name, Phanuel, means “face to face with God.” That her grandparents would give her father such a name says something about their own godliness, and their desire to see the generations that follow them honor the Lord. Anna inherits a wonderful spiritual legacy, and then builds on it in her own special way.

Thirdly, Anna is elderly. The ancient text suggests that “she was exceedingly old and full of years,” a redundancy (exceedingly old, full of years) that highlights her great age. As if that were not enough we find that after a seven year marriage she became a widow and then lived until she was either eighty-four years old or for eighty-four years following her husband’s death; the translation could go either way. I personally prefer the greater age, eighty-four years following her husband’s death, which puts her around 100 to 105, because that better suits the emphasis on her many years. Regardless, Luke, who writes her story, wants us to note that she is no spring chicken.

Fourthly, Anna is a very devout woman. Though she does not technically live in the Temple, her life is at the Temple, at which place she spends her days recognizing through fasting and prayer the great worth of the Maker of Heaven and Earth. Clearly this is a woman satisfied with God. As a widow she has learned that God is the greater husband, companion and caregiver. She knows what it is to await with anticipation God’s every move. She understands what it is to express gratitude for every needful thing and more. And she perceives the value of telling God’s story. After all, she is living God’s redemptive story.

No small wonder, therefore, when she looks across the courtyard there at the Temple and notices Mary and Joseph and Simeon standing together with Jesus in Simeon’s arms (see Luke 2:22-35) she makes her way toward them. I suspect that if her frail figure can physically do so she pulls little King Jesus from Simeon’s arms and begins to cry out in praise and gratitude, and then, as the text tells, she turns and tells everyone around her that the Redeemer has arrived.

What a striking portrait of an older woman full of life and filled with enthusiasm for God’s salvation plan. Indeed, if there is a principle embedded within Anna’s life it is simply this: one is never too old to joyfully declare God’s glory (see Psalm 96:1-3).