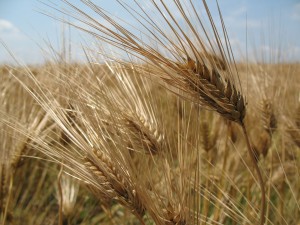 It was a simple walk through a wheat field that provided an earth-shattering opportunity for Jesus to highlight some powerful insights into the nature of mercy, true rest, life’s greatest purpose, and who it is that is the ultimate arbiter of all things. Consider this historical moment as recorded by a pastor named Mark in chapter 2:23-28 of the work bearing his name:

One Sabbath he was going through the grainfields, and as they made their way, his disciples began to pluck heads of grain. And the Pharisees were saying to him, “Look, why are they doing what is not lawful on the Sabbath?” And he said to them, “Have you never read what David did, when he was in need and was hungry, he and those who were with him: how he entered the house of God, in the time of Abiathar the high priest, and ate the bread of the Presence, which it is not lawful for any but the priests to eat, and also gave it to those who were with him?” And he said to them, “The Sabbath was made for man, not man for the Sabbath. So the Son of Man is lord even of the Sabbath.”

From our perspective this may seem profoundly unseemingly, but picking from the standing grain was not only acceptable in that day and age, it was encouraged by the Old Testament law. Deuteronomy 23:25 says, “If you go into your neighbor’s standing grain, you may pluck the ears with your hand, but you shall not put a sickle to your neighbor’s standing grain.” What the disciples and Jesus were doing was not itself problematic, accept that it happened to be a Sabbath day, and the Pharisees and their ilk, watching Jesus as they did, determined that the action of plucking the standing grain as they walked through the fields was tanatamount to harvesting and therefore a violation of Exodus 34:21, which prohibited work on the Sabbath Day. Thus their question of Jesus regarding the disciples, “Look, why are they doing what is not lawful on the Sabbath?”

Jesus immediately points to a unique moment in Israel’s history when David, sometime before he became king, stumbled into the city of Nob where the Tabernacle was located. He and his men were hungry, and when they inquired about some food they were offered the holy bread generally reserved only for priests and their families (see 1 Samuel 21:1-9). That David and his men were offered this gift, even though it technically violated the Law (Levitcus 24:5-9), highlights the principle that meeting human need sometimes trumps legal code. No small wonder that Jesus, according to Matthew’s gospel account of this trek through the field, quotes Hosea 6:6, which reads, “I desire mercy, and not sacrifice” (see also Matthew 12:1-8). Meeting the hunger that David and his men had was a merciful act exceeding the sacrifice of technical obedience to the code. Jesus wants the Pharisees to conclude the same regarding him and his disciples, assuming of course that they Pharisees were even correct in their inflated perception that the grain was being harvested.

I could be wrong, but I think there is an additional thing that Jesus is alluding to with his reference to David and his men. When the priest at Nob gave David the bread, it is as if he were bestowing upon David the status of a priest, for, per Leviticus 24:5-9 the holy bread is only for the priestly class. Now, Leviticus 24:8 says that “every Sabbath day Aaron shall arrange the holy bread before the LORD regularly.” Is it possible that by taking his disciples on the Sabbath into the field where they would pick the grain, Jesus was suggesting that he himself is the greater Aaron—the greater high priest—come to provide spiritual oversight over the people? Being the Jesus is not of the tribe of Levi like the priests but of the tribe of Judah like David, could suggest that just as a legitimate priest bestowed priestly favor upon David so it is now transfered and/or inherited by Jesus. He is the personification of both Aaron and David—a priest with royal authority, and like David and his men on a divine mission.

As if that were not enough Jesus points out that the Sabbath was made for men, not men for the Sabbath. The Sabbath restrictions put forward by the religious elite of the Jews were quite a stretch away from the goal of rest and replenishment valued in Exodus 34:21 and even modeled by the Living God in Genesis 2:1-3. By highlighting the benevolence of the priest at Nob Jesus recenters the nature of the Sabbath away from the legalism of the Pharisees to the joy and replenishment that God had envisioned. And that Jesus could make such a correction, augmenting such with his declaration that he himself is “lord of the Sabbath,” reminds us all that Jesus understands himself to be the very God who rested on the seventh day of Creation.

One final thought: not only is it clear that Jesus has the authority to dictate the terms of the Sabbath, and not only does he recenter it upon its original intent, but I would submit he puts himself forward as the very embodiment of the Sabbath—its personification. The day is less important than the person; regulations less important than the relationship. Ultimate rest is not found in the day itself, but in the One who makes the day special, and when Jesus is around, every day is special. Every moment with Jesus is like Sabbath. He is our priest and our king—the one who declares, “Come to me, all who labor and are heavy laden, and I will give you rest” (Matthew 11:28).

“Write This Down” is a summary of select teaching moments offered by Pastor Matthew. The preceding summary is from the message “Jesus is the Sabbath”, the thirteenth message from the series entitled “Jesus, God’s Beloved Son,” a study through the Gospel of Mark, presented on the weekend of March 10, 2013, at Bethel Church.