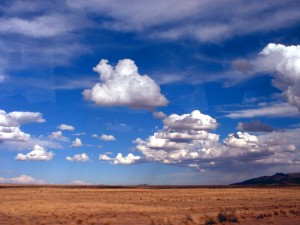 One of my favorite authors in the whole world is Amy Carmichael, the British missionary to India whose life was spent rescuing children from the cult prostitution in the Hindu temples. Her ministry was monumental, her spirit profoundly humble, her body physically broken, and her legacy of spiritual maturity timeless.

From her simple work entitled His Thoughts Said . . . His Father Said come four questions that I am wrestling with and that you might also find helpful. They relate to those barren moments in which we find ourselves, seemingly empty within, hungry and thirsty and generally spent, and whether or not there is meaning in such moments. I’ll just quote her directly:

“Later still, the son wondered why one like himself, who is so richly fed and cared for at times, should at other times feel so poor and needy and thirsty.

“Can someone who has never thirsted know how precious is My living water?

“Can someone who has never discovered rivers of these living waters flowing on barren heights—can he ever lead his thirsty friend to those rivers?

“Can someone who has never walked the deep valleys of the spirit help a friend who is fainting—or lead this friend to the well-springs that will save the life of his soul?

“Can someone who has never seen burning sands in the wilderness turn into a refreshing pool—can he speak in praise of My marvels, or My power?”

If by chance you are asking “Why?” to some dark season or dry spiritual valley, perhaps these questions will give you hope, a sense of new meaning, and will be for you like the water of God’s grace washing over you.