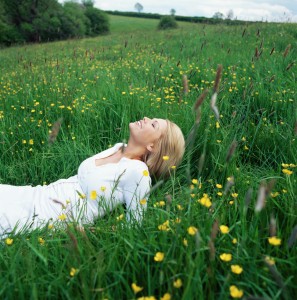 With stealthy precision that ancient sage Samuel offers in 1 Samuel 12 a charge for making life work. Stand in the midst of the crowd that has gathered and heed what Samuel says: And do not turn aside after empty things that cannot profit or deliver, for they are empty (v. 21).

Do not turn aside after vain things. Rather simple, eh?

However, consider one chief subtlety that quietly traps you—something that seems so helpful and rings so true and feels so right. Consider the subtlety of spiritual busyness? This is the drive to find your validity in the constant pace of spiritual activity, as if another meeting at church or another Christian book or another spiritual discipline or another retreat or another Bible study or another service project or another hospital visit will send you over the top of spiritual maturity. Just writing the sentence makes me tired!

Money, power, sex, and peers—these are among the big-ticket items that we tend to think of as being so empty. And they can be! But it seems that the more trying things are those that most easily get the best of us. How many of us, for instance, refuse to concede the possibility that we could—heaven forbid—be caught in the spiritual fast lane?

When Samuel gave his speech it was largely centered on the fact that the people wanted a king so that they also “may be like all the nations” (1 Samuel 8:20). And who wouldn’t want a king? Political influence, international prestige, military might, economic power—these were some of the good things a king brought with him.

But for Israel it proved empty. It did not profit. It did not deliver. And in the same manner the temporal things in which we place our stock—though seemingly good and important—let us down because, well, they simply are not God. Thus Samuel’s other exhortation: do not turn aside from following the Lord (12:20).

Try as we might to justify this kind of high-paced living, telling ourselves and others that “we’re growing spiritually,” it can really be nothing more than an attempt to validate ourselves and make us feel like we have fulfilled our Christian duty. But friend, beware! The evil one would greatly relish seeing us displace the Holy God for so-called holy living. Spiritual busyness of the kind many churches promote is the antithesis to Jesus’ invitation to come and rest (cp. Matthew 11:28). And in the end, though we would sure look “like all the nations,” we will simply be worn out sons and daughters of a real King who would have preferred we turn to His side wherein we find true solace and respite and reward.