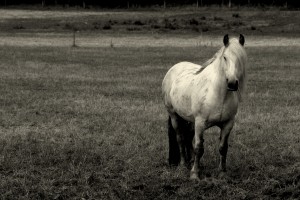 Daniel 12 is a fitting capstone to the epic prophetic survey of the Book of Daniel. It at once reminds the reader of the terrible season of distress that is coming upon the earth, points to the triumphant deliverance to be wrought with the return of Christ in glory, highlights the power and reality of the resurrection of the saints, and unfolds the fact of judgment properly manifested among those who are aligned with God and those who are not. Loosely speaking, Daniel 12 can be divided into three parts: trouble, triumph, and a time-frame worth noting.

Daniel 12:1 summarizes the trouble to come. There “shall be a time of trouble, such as never has been since there was a nation till that time.” Two things really stand out here. First, the reality of trouble in the latter days. This is not a new sentiment. Moses prophecies about this in Deuteronomy 4:30, as does the prophet Jeremiah in Jeremiah 30:7. Even Jesus emphasizes this, making it plain in Matthew 24:20 that “there will be great tribulation.” The second thing that stands out is that it will be a season unlike any other in history. The aforementioned reflection from Jeremiah adds of the season to come that “there is none like it” (Jer. 30:7), while Jesus proceeds to offer that it will be a time “such as has not been from the beginning of the world until now, no, and never will be” (Matt. 24.21). I have said many times that the season to come will make World War II and the related holocaust look like a kindergarten recess period.

But Daniel 12:1 also highlights the triumph to follow. “But at that time your people shall be delivered. . . .” The season of distress will give way to deliverance—the trouble to triumph! This fits nicely with what Daniel has already been writing throughout the various chapters. In Daniel 2 we find that following the movement of great nations “the God of heaven will set up a kingdom that shall never be destroyed” (Dan. 2:44). Daniel 7 tells how the Beast (who is the Antichrist) will be overcome as “the court shall sit in judgment and his dominion shall be taken away” (Dan. 7:26). Daniel 8 offers that the Antichrist will “rise up against the Prince of princes, and he shall be broken—but by no human hand” (Dan. 8:25). Daniel 9 points out that the Antichrist and the season in which he rules will meet its “decreed end” (Dan. 9:27). And Jesus, following up his statements regarding the nature of that horrid season to come, adds, “And if those days had not been cut short, no human being would be saved. But for the sake of the elect those days will be cut short” (Matt. 24:22).

Of course, Revelation 19:11 and following offers a fitting portrait of that triumph to come, making it plain that the arrival of Jesus Christ at the end of the tribulation will be an arrival in power and glory, with matchless armies who readily conquer the Antichrist and his minions. “And the beast was captured,” the text tell the reader in Revelation 19:20, and “thrown alive into the lake of fire that burns with sulfur.”

Victory brings with it what amounts to an important mop-up operation, which includes a time of cleansing and judgment, thus the “time-frame worth noting” that was referenced earlier. On the heels of the deliverance alluded to in Daniel 12:1 is the event in which some awake to “everlasting life” and others to “everlasting contempt” (Dan. 12:2). Jesus talks of this time as well, when in Matthew 25:31 and following he tells of the separation after his arrival of the sheep and the goats. The sheep—those people who during the tribulation aligned themselves with Jesus Christ—will “inherit the kingdom prepared” for them (Matt. 25:34). The goats—those people who would not align themselves with Jesus Christ, despite their words to the contrary—“will go away into eternal punishment” (Matt. 25:46).

But the process of this judgment, along with the related cleansing of the land following the carnage of Armageddon (cp. Revelation 19:17-18), takes time; thus Daniel’s references in Daniel 12:11-12 regarding the additional 75 day period following the 1,260 days of turmoil which make up the last half of the seven-year period of tribulation. Indeed, if one “arrives at the 1,335 days” (Dan. 12:12), then that one was among the sheep who inherits “eternal life” (Matt. 25:46).

“Write This Down…” provides a restatement of selected points or observations from various teaching venues at which Pastor Matthew speaks. The preceding material is from Pastor Matthew’s sermon entitled, “The Final Chapter,” part of the sermon series “Memoirs of an Ancient Prophet: A Study of the Book of Daniel,” presented the weekend of April 17, 2011, at Bethel Church.