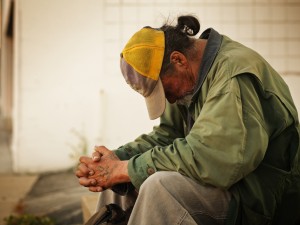 Throughout the Bible we are charged with the mandate to serve those around us. Thus, the Apostle Paul says in Galatians 5:13, “through love, serve one another.” The Apostle Peter tells us that “each has received a gift” and that we must “use it to serve one another, as good stewards of God’s varied grace” (1 Peter 4:10). Jesus declares regarding his very own life that he came not to be served but to serve and to give his life as a ransom for many (Matthew 20:28). Along those lines, the Apostle John tells us that we must “lay down our lives for the brothers” (1 John 3:16). Clearly, we who follow Christ are to be servants to our fellow man. Such a mandate is not new. It is not even something that is rooted in the New Testament era. It is, in fact, as old as Time itself.

Take a moment and consider the circumstances of Genesis 3. Adam and Eve, the crown jewels of God’s created order, have raised their fists against God and rebelled against him. Darkness and damnation are now their lot. They need help. They need a remedy for their sin and shame. What would God do? Would the creator of all things write off Adam and Eve? Would he destroy them? Certainly, they deserved that. But notice Genesis 3:21. At the moment we would think God should destroy the first humans, he chose to serve them: And the LORD God made for Adam and for his wife garments of skins and clothed them.

The radical nature of this moment is beyond human measure. Gods of any kind are not known to subordinate themselves and serve mankind. But the One True God of Heaven and Earth does that very thing. In their shame, nakedness and fear, the Living God killed an animal, took the animal’s skin, and gave it to Adam and Eve that they might cover themselves, mitigating their shame and giving them hope that all is not ultimately lost.

And thus begins the remarkable paradigm of service as a clear manifestation of God’s redemptive grace, mercy and love. To serve reveals something about the supreme character of God. Consider what is made known to us in this unique and powerful moment of time:

First, God determined the need. In this particular case it was a need relating to the shame and fear of the first couple. They were naked, and their physical state proved to be a powerful non-verbal testimony of the vulnerability of their hearts.

Secondly, God designed a response to address the first couple’s need. Particularly, he slaughtered an unidentified animal. What may not be easily caught is that this cost God something, for all of the created order was his. At his own expense God provided care for Adam and Eve. Moreover, it was at the expense of another’s life, offering a solid if not enigmatic glimpse of the future death of Christ for all sinners.

Thirdly, God took the resources and delivered them to the man and women. They had been naked, with all that represented. Now they had clothing, and comfort and hope were theirs. Interestingly enough—and importantly—the Hebrew grammar of Genesis 3:21 suggests that God gave Adam and Eve the skins and they then had to make the skins into clothing and put them on themselves (in the Hebrew the phrase “clothed them” is a hiphil, implying “God caused them to clothe themselves”). This is a very important detail. God provided care, and at the same time empowered Adam and Eve to tend to their own need. It was no mere handout God gave, but genuine help.

An additional grammatical detail is this: the verbal aspect of the entire verse is the imperfect tense. This tells us that the whole activity of God in serving Adam and Eve by providing them clothing was not particularly neat and tidy. Besides being a bloody mess, and besides Adam and Even undoubtedly having to figure out how to turn the skin into clothing, it was not a permanent solution either. More skins would be needed later. There was not total closure offered here—but servant-care that sought to address fundamental concerns in the life of the first couple. This is noteworthy because serving others is a messy affair, not always cut and dry or black and white. It is costly, it is sometimes unpleasant, it is often disorderly.

But it can be life-changing for everyone.

Bethel Church is about helping the spiritually hungry experience and proclaim the life-changing power of Jesus Christ. There are a couple of really strategic ways to do that. One way is to step right out into the community that is just beyond our church family. Numerous are the tangible opportunities to help others in the Fargo-Moorhead area and beyond. Click here to find out more! Another is to give attention to unique opportunities within the Bethel family. There are many ways you can help make God famous in and through Bethel Church—and by so doing making a difference in the lives of the thousands of people who call Bethel home. For more information, click here.

“Write This Down” is a summary of select teaching moments offered by Pastor Matthew. The preceding material is from the message “An Others-Centered Life,” presented on the weekend of September 15, 2013, at Bethel Church.