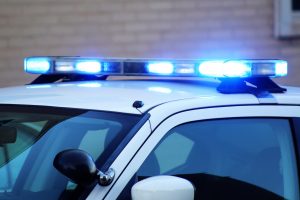 The observant person knows there is a great deal of pain across our land. The deaths of a number of African-American men and women at the hands of police officers, regardless of the respective circumstances, have exposed a deep wound within the souls of our African-American friends. It is noteworthy that for many in the African-American community this is not a new wound; just one more visible in the public square, made so, perhaps, by technology.

Moreover, the deaths of a number of police officers across America, perceptibly as a violent reaction to the deaths of those mentioned above, has only heightened a general sense of fear and insecurity for all. It is reprehensible that so many of our African-American friends live fearfully because of dynamics that seek to diminish their dignity and security. And it is reprehensible that police officers, the vast majority of whom seek to faithfully serve their communities, would be gunned down while protecting those they serve.

There is much pain across our land, and I am convinced that the key to shalom is to be found in the deliberate and humble actions of Jesus’ disciples as they choose to bless the realms in which they live. With all of this in mind, the following message is recommended for you. Giving the Sunday immediately following the deaths of Alton Sterling and Philando Castile in Baton Rouge and Minneapolis, as well as Lorne Ahrens, Michael Krol, Michael Smith, Brent Thompson, and Patrick Zamarippa, the five police officers killed in Dallas, it is a prophetic plea for deep compassion, something much needed across our land.