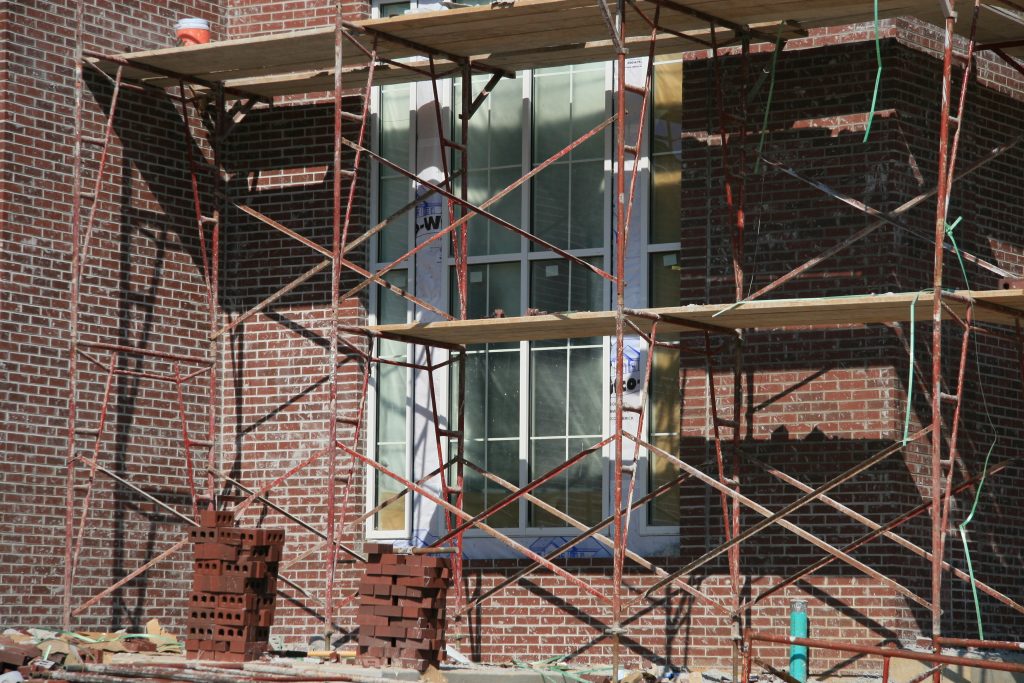 Unless the Lord Builds the House

The fact that Psalm 127 was written by Solomon ought to give every struggling man or woman some semblance of hope. After all, Solomon, despite his wisdom, was a profoundly broken and messy man, whose family dynamics and private world were an utter wreck. For him, with all of that as his backdrop, to come to the place of acknowledging something uniquely powerful about God’s influence over the realms of our lives, is significant. Consider the psalm:

A Song of Ascents. Of Solomon.

Unless the LORD builds the house,
those who build it labor in vain.
Unless the LORD watches over the city,
the watchman stays awake in vain.
It is in vain that you rise up early
and go late to rest,
eating the bread of anxious toil;
for he gives to his beloved sleep.
Behold, children are a heritage from the LORD,
the fruit of the womb a reward.
Like arrows in the hand of a warrior
are the children of one’s youth.
Blessed is the man
who fills his quiver with them!
He shall not be put to shame
when he speaks with his enemies in the gate.

Generally speaking, there are four areas of life of which Solomon speaks in this psalm. The first, relates to the building of the home, or nest. For Solomon, there may well have been allusions here to the construction of the great Temple located in Jerusalem, the “house of the LORD” (2 Chronicles 3:1). It could have just as easily referred to the establishment of his own rule, his dynasty, so to speak. Moreover, it could simply suggest his family environs.

Whatever the actual object of his thinking, the point is crystal clear: “Unless the LORD builds” it, “those who build it labor in vain.” (Psalm 127:1). Are you letting God be the Master of your house?

The second area to which Solomon gives attention is the community or village or city in which one lives. It is fitting that a king would think of this kind of thing. “Unless the LORD watches over the city, the watchman stays awake in vain” (Psalm 127:1). The security and well-being of the community is not ultimately dependent upon man, but upon God. This is a powerful dose of reality that all of us leaders need to heed. One wonders how different things might be in the United States and many other nations were our government leaders sensitive to this truism. Are you letting God be the Master of your community?

The third area to which Solomon gives attention is the realm of work or vocation. Psalm 127:2 provides an insightful glimpse into the dynamics of work. It does not tell us hard work is bad or wrong, and it certainly is not suggesting laziness or passivity is the way to go. Verse 2 is simply reminding us that all of our work, no matter how hard it is and how much we invest into it, is futile if the Lord is not allowed to be the master over all our effort. Are you letting God be the Master of your vocation?

Lastly, Solomon gives attention to family. If verse 1 deals with the idea of the home, its environs, etc., Psalm 127:4-5 remind us that children (and by extrapolation, family in general) are a gift from the Lord and need to be honored as such. “Blessed is the man who fills his quiver with them” (Psalm 127:5). Are you letting God be the Master of your family?

Echoing what was suggested above, when we invest ourselves into these areas of our lives without any thought of the Lord’s mastery, then all of it is in vain, regardless of the perceived successes we may enjoy. However, if the Lord is allowed to  build and to watch over these areas, then we are immensely blessed people, drinking deeply of the Lord’s joy, and experiencing freedom and peace within our souls.

It’s surreal, reaching your latter years & looking back. Jesus saved my life. Said he would when I was 9 & he did. I mean in every way. Yes, eternally, but also just right here in the momentary havoc where mortals made of dust strain to stay in one piece against relentless winds.

The Cross is not just a bridge to get us to God; it's a sledgehammer that breaks down hostile walls that separate us.