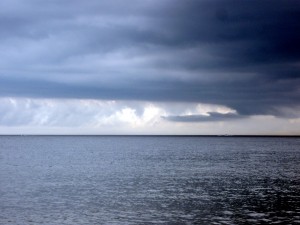 Christa and I went to a late morning showing of Noah yesterday at the West Acres Cinema in Fargo. Honestly, it was better than I anticipated, and yet it fell well short of what it should have been. Some of the positive things about the movie, things that I frankly thought filmmaker Darren Aronofsky did better than expected, included highlighting the wickedness of man as an affront to God, affirming that it is within the scope of God’s personhood to mete out justice because of wickedness, affirming that no one is good, and highlighting the power of mercy and hope. I am not suggesting Aronofsky did this with precision; I am merely offering that these elements were stronger than I expected.

Some of the things that were disturbing about the movie, and, for that matter, distracting, included the weirdly bizarre narrative of events unfolding while Noah and his clan were on the ark. I can appreciate that Hollywood may feel the need to offer some measure of compelling storyline where history offers nothing but silence, but aside from the noteworthy angst that might have really marked the family while on the boat, the dramatic details put forward in those scenes seemed odd, distracting and completely foreign to the overall essence of the historical account. One might make the case that it resolved itself in acceptable fashion, but for those who know well the biblical account, it did so at the expense of conceptual integrity.

Much of the noise in the blogosphere centers on an overt environmental-wacko agenda that really defines the movie. Again, while there are elements of this, I thought these elements were not as strong as the issue of man’s depravity being an affront to the Creator God. That said, clearly those with a sensitivity to the biblical account will be frustrated by the environmental and evolutionary notions within the storyline, as well as the fantasy/magic dynamics that are threaded throughout. Oddly, considering the difficulty of the Genesis 6:1-4 passage regarding the sons of God knowing the daughters of men, I thought the storyline about the Watchers was more compelling than one might expect.

I could go on and on about the details and the dynamics. In general, I thought it was better than I expected but it still fell way short of anything reflecting biblical integrity. More ought to be expected from anyone claiming to go to the Genesis resources for an interpretation of events, and yet one cannot fail to remember that Aronofsky never claims to be a God-fearer. Thus, one should not expect a man lacking such sensitivities to reflect well the particulars of the biblical account. When this is kept in mind, Noah ends up actually better, in my opinion, than one might expect.

For all of us Christians who remain perpetually frustrated about the lack of integrity in movies purporting to reflect God’s Word, I sure wish we could take the immeasurable amount of energy we put into complaining and groaning and channel it into $200,000,000 worth of world-class artistry that could best anything secular Hollywood might produce. If our theology of art were richer in this day and age, then maybe we would have a Noah movie worthy of the original account and the God who orchestrated it.