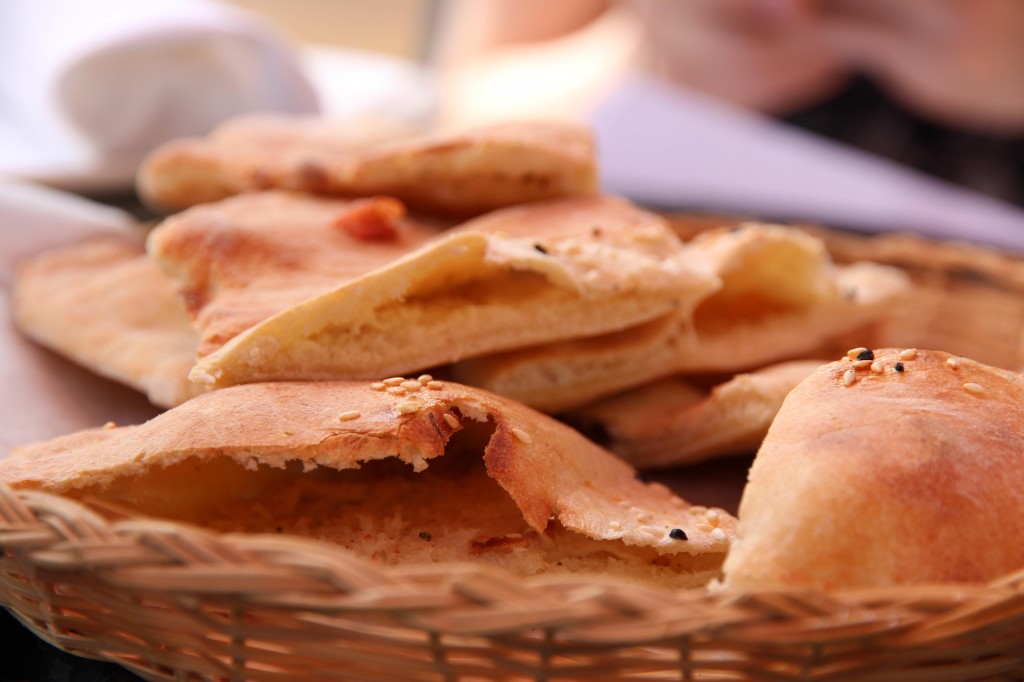 One would think the disciples would have understood, but alas, they seemed clueless. The scene was familiar: thousands of people, hungry bellies, a few loaves of bread and fish, and the Lord eager to transform. The ingredients were all there for something remarkable to unfold.

All the ingredients but one. Read the story carefully and see if you can find what is missing:

In those days, when again a great crowd had gathered, and they had nothing to eat, he called his disciples to him and said to them, “I have compassion on the crowd, because they have been with me now three days and have nothing to eat. And if I send them away hungry to their homes, they will faint on the way. And some of them have come from far away.” And his disciples answered him, “How can one feed these people with bread here in this desolate place?” And he asked them, “How many loaves do you have?” They said, “Seven.” And he directed the crowd to sit down on the ground. And he took the seven loaves, and having given thanks, he broke them and gave them to his disciples to set before the people; and they set them before the crowd. And they had a few small fish. And having blessed them, he said that these also should be set before them. And they ate and were satisfied. And they took up the broken pieces left over, seven baskets full. And there were about four thousand people. And he sent them away. And immediately he got into the boat with his disciples and went to the district of Dalmanutha. (Mark 8:1-10, ESV)

Did you catch it? In general it can be boiled down to this: the disciples lacked holy intuition shaped by love spilling from the Father through his only-begotten Son, Jesus. In a word: they lacked empathy toward the people; an empathy borne from Jesus’ own goodness toward them. This left them hardened toward the needy crowd, and this after having experienced a similar situation months earlier (see Mark 6:30 and following).

Why were the disciples lacking this intuition; this empathy? I think they were quite satisfied with Jesus. They were comfortable being associated with him. After all, Jesus was a rock star in the region. Everywhere he went crowds mobbed him, leaders were drawn to him (for good or bad), and marvelous things happened. They were hangers-on, seeking notoriety by their association with him, but failing to let who he was and what he did influence their hearts. Eventually that would come. But at this moment, on the windswept shoreline of the Sea of Galilee, this transformation had not yet taken root.

And so, after three days of patiently waiting to see if they would stand up and engage the crowd, Jesus stepped in and declared the people hungry and needy. Quickly the disciples followed his direction, and within short order four thousand men and their families were fed with plenty left over. The hungry experienced the life-transforming power of Jesus Christ. An incredible difference was made that day!

A life-changing difference that begs some important questions of you and me. Are we disciples of Jesus too comfortable to note the needs within our surroundings? Do we share Jesus’ holy intuition toward the environment in which we find ourselves, noticing the little things–the hunger, the hurt, the hate, the hopefulness or hopelessness?

Perhaps the words of the Prophet Micah ought to stick like a sharp barb right into the deepest place of our soul: He has told you, O man, what is good; and what does the LORD require of you but to do justice, and to love kindness, and to walk humbly with your God? (Micah 6:8). Embedded within this ancient word is the call to “act with effect” (the “doing” part of the verse). With effect we should provide justice, offer God’s tender love and kindness (from the Hebrew chesed) and walk with a modesty that places others before us. This intuition may be ours as we ask the Holy Spirit to help us, and as we remain ever awestruck by the person and power and position of Jesus Christ.

As disciples we should settle for nothing less.

But how could you live and have no story to tell? —Fyodor Dostoevsky

Our whole life as a leader is to bear witness to God’s love for the world. (Peter Scazzero)

Denouncing what we believe God is against can be quite easy.

Actively working for a world that is marked by God’s shalom is another story altogether.