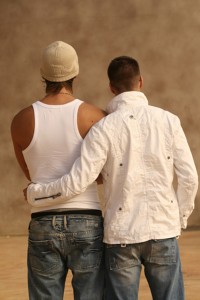 I’ve been asked by local media to respond to the decision handed down on August 4, 2010, that overturns California’s Proposition 8. It is an unfortunate though not unexpected decision. Here are at least a few reasons:

It is unfortunate because the court has chosen to disregard the will of millions of Californians who voiced their will regarding the make-up of the family, choosing to transplant legislation by popular vote with the singular legislation of the federal bench.

It is unfortunate because the court has chosen to disregard the timeless and quintessential transcultural standard for the nature of marriage and family, choosing to validate that which has for millennia been recognized as unnatural at least and utterly inappropriate at most.

It is unfortunate because the court has implied that a moral standard cannot have a place within the state structure, though this is inconsistent with foundational moral standards that give shape to other received legal standards.

And, lastly, it is unfortunate because, putting civil and cultural realities aside, the ruling dismisses two biblical realities that permeate both the Old and New Testament of the Bible, an essentially timeless resource that has served as the seedbed for law in our civilization: one is the sanctity of marriage between a man and a woman; and the other is the reality that homosexuality is a clear departure from God’s best purposes for the individual.