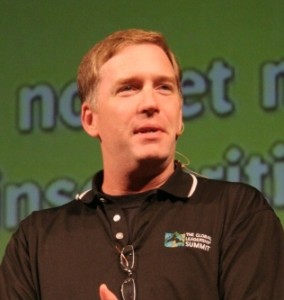 Joshua 12 presents a stark contrast between two great men, Moses and Joshua, and their successes in the field of battle. Moses, it is recounted here, defeated two kings: Sihon, king of the Amorites; and Og, king of Bashan. Joshua, however, defeated “in all, thirty-one kings” (v. 24). At first glance it would appear that Joshua was the most successful and, presumably, influential man. And yet, as great as Joshua was, it is Moses who remains even today the premier character of the Hebrew Scriptures.

It is with this in mind that I draw some basic conclusions about the assignments that God gives and the import of such things. It is clear from the chapter, and from the whole book of Joshua, that God does not have Moses do all the work that is to be done with the people of Israel. And nor does God have Joshua do all the work. It is shared, passed along, among men (and women) who are raised up season to season. Thus these simple conclusions:

First, my assignment, whatever it may be (in my case, it is as teaching pastor of Bethel Church), is limited by time and opportunity. Now there may be other things that could limit it as well, but these two are absolute wherein many other limiting factors may be fluid. There will be a day when I am done, either because God calls me elsewhere or I am called Heavenward. Time will run its course. Opportunity will find its conclusion.

Secondly, my assignment will always be uniquely designed just for me. This must be so if I really believe in a sovereign God who oversees my volition with His wisdom and pleasure. Whatever my assignment may be in a given season is an assignment tailor-shaped just for me. No one else can fill the role during that season. But when time and opportunity have run their courses, that shape changes so another can fill it.

Thirdly, my assignment always builds on past successes, learns from past failures, and moves forward owning the current season. Even were I to launch into something utterly unheard of, write some book or develop some product that no one else would have thought of, I will still be bringing to my creative table whatever has been transferred to me from the past. There is, as the old king wrote, nothing new under the sun. So, instead of spending my time dwelling in the past, whining about what should have been or pretending another’s legacy is mine, I need to learn from the past and move on with gusto.

Fourthly, success within my assignment is determined by my assignment, not by the assignment of others. My assignment is different than the one to follow me or the one who preceded me. Moses and Joshua were completely different men, who, despite the similarities in their charges, found great differences between one another regarding their respective responsibilities. Moses was a herder of Hebrew cats while Joshua was a general. Joshua was not inherently better than Moses because he conquered more kings, nor was Moses inherently better than Joshua because he patiently led a self-absorbed brood of people around the wilderness for four decades. Yes . . . Moses’ influence is far greater, as has been said. But that does not make Moses better than Joshua. Success must be defined by the assignment at hand, and the goals unique to that particular season.

Lastly, should the goals within my assignment not be met, that need not automatically mean my assignment is a failure. No genuine student of the Hebrew Scriptures would declare Moses a failure because he did not led the people into the Promised Land. He led them to the Promised Land, but Joshua led them into it. But because it was Joshua’s responsibility does not mean Moses was a failure; because it was Joshua who met the goal does not mean that Moses’ tenure lacked success. I must keep this dynamic in mind and not play into Satan’s deception that goals unmet means automatic failure. It just simply means that God has someone else in mind to fulfill that dimension of His unique, eternal purpose.