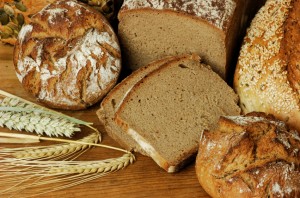 In recent days I have spent some time focusing on the four accounts from the New Testament of Jesus feeding the 5,000 men (Matthew 14, Mark 6, Luke 9, John 6). I have been looking at these various accounts of this famous event by means of that old spiritual practice known as the Lectio Divina. Some reflections from my experience with these passages include the following items, as recorded in my journal:

“First, I was immediately drawn to the compassion that Jesus owns for the great crowd that has sought him out, and this especially considering Jesus himself had to have been hurting. Oft overlooked is the reality that John the Baptist, Jesus’ cousin and comrade, has just been beheaded. We little appreciate the grief of this for Jesus. Had it been me I am sure I would have shut down; been unwilling to care about the crowd. Jesus, however, seemed energized.

“Secondly, it is peculiar to me that the Lord invited the disciples to go away to a desolate place to rest, only to have them arrive in the midst of a waiting and needy crowd. No doubt the Lord knew this would be the case. It could not have escaped him. Indeed, it seems there was no opportunity for them to rest, for even following the day with the 5,000 men the disciples are hurriedly placed into a boat only to row furiously against a wind throughout the night.

“Another item that my heart and mind is drawn to is the crowd itself, the sheep who appear as those without a shepherd. It is one thing to be a sheep working under the watchful care of a shepherd, but these had nothing like that. Those who do can be ornery enough, but sheep without any leader watching them must be a real mess. This was that kind of a crowd. Into this crowd Jesus waded to heal and to teach. And, ultimately, to feed. This compassionate one who arrived so as to rest gave himself fully to a crowd that was no doubt very tough.”

Further into my journal I penned these thoughts, summaries of my reflections:

“I think I have needed to be reminded of the compassion of Jesus, a compassion I am to model to those around me, but one also I need to receive more comfortably from Jesus. The reality is that I cannot give away what I do not already have.

“Secondly, I’ve needed to see how powerfully Jesus works in desolate places. Whether this is one’s heart—even my own—or a seemingly remote place of ministry, Jesus loves to invade the desolate places with his presence; with his peace.

“Related to these is a third thing: how much the Lord cares about shepherd-less sheep in all their vast array. I little think about the variety of people within the crowd: the mothers who have dreams about their children, or who are exhausted from their labors. The men who are oppressed by the Romans, harassed by Jewish legalism, who worry about making ends meet; those whose bodies are broken, or those for whom Jesus is a mere circus side-show. Jesus doesn’t appear impatient about these realities. As I said earlier, he seems energized by it all; so patient and, well, good.

“Yet another piece of interest for me is that Jesus so thoroughly satisfies the crowd. They ate until they were full. Not one who remained with Jesus was left wanting. Oh that I could remember this for my days. I am so quickly willing to believe that things other than Jesus satisfy. Only Jesus ultimately can; and yet it is noteworthy that he employs as tools simple things like bread and fish to do the job. Just as I’ve been sharing with my precious girls lately, it is often the very simple things through which the Lord most resoundingly gets our attention.”