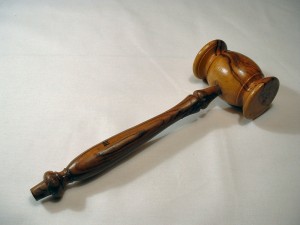 “How then can man be in the right before God?” asked Job’s neighbor Bildad the Shuhite (Job 25:4). This question is as powerful today as when Bildad asked it some 4,000 years ago. In so many ways it is mankind’s attempts to answer this question that makes religion so difficult and divisive. One might easily make the case that in its greatest extreme religious terrorism is rooted in one particular answer to this query—so much of the religious hatred in our world today stems from some conviction that offensive and even defensive military, paramilitary or otherwise assymetrical missions are legitimate “in God’s name.” Pleasing God, or, I should say, appeasing God, drives the soul.

On a simpler yet equally destructive level the pursuit of an answer to Bildad’s question is what dominated the atmosphere within the Galatian church in the decades following Christ’s ascension into Heaven. Originally, the Galatians heard the gospel of Jesus Christ through the Apostle Paul, who boldly told them that “through Jesus Christ forgiveness of sins is proclaimed” (Acts 13:38). But in the years subsequent to Paul’s time with the Galatians, troublemakers arrived who distorted the gospel message, declaring instead that being right before God required allegiance to traditional rules and rituals that were handed down millennia earlier to the Prophet Moses. “How then can man be in the right before God?” Is it through the exclusive work of Jesus Christ? Or is it through some effort of our own?

The Apostle Paul is persistent that it is in Christ alone that one is declared right before God. Galatians 2:1-10 finds Paul establishing that this sentiment was shared by the apostolic leaders in Jerusalem. “James and Cephas and John, who seemed to be pillars . . . gave the right hand of fellowship to Barnabas and me,” he wrote in Galatians 2:9, affirming that the early leaders understood nothing additional should be added to the clear message that salvation is through Jesus Christ alone. They were in complete theological agreement.

But to demonstrate how easy it was for even solid believers to veer toward God-appeasement, Paul shares of a brief but pivotal episode wherein even the great Apostle Peter erred. Consider Galatians 2:11-13: When Cephas (Peter) came to Antioch, I opposed him to his face, because he stood condemned. For before certain men came from James, Cephas was eating with the Gentiles (those non-Jewish Christians for whom the ancient Jewish Law was essentially unknown and irrelevant); but when the men from James came Cephas drew back and seperated himself, fearing the circumcision party (the Jewish establisment). And the rest of the Jews acted hypocritically along with him, so that even Barnabas was led astray by their hypocrisy.

So Paul publically called Peter out over his hypocrisy, chastizing him for actions that conveyed to the Gentiles that their Christianity was not good enough if they did not follow Jewish legal customs. For Paul, at stake was the integrity of the gospel. Either we are all, Jewish Christian and Gentile Christian, on the same plane before the cross of Christ, or we have reduced Christianity to cliques and categories that we can design of our own accord. In so many ways this is the atmosphere of modern-day Christianity. Too many of us ignore that our true identity is only found in Christ, and we saddle ourselves and others with no end of silly rules and expectations about what “real” Christianity might look like. This is sick. This is sin.

It is noteworthy that in Paul’s account of his confrontation of Peter, words like condemned, fearing and hypocrisy were used. These words summarize the spirit of legalistic prudes, those self-proclaimed masters of everyone’s spiritual progress and maturity. Peter and Jewish establishment-types embodied this spirit, laying out the expectation that the Gentile Christians, were they to really be something in the eyes of God, should conform to establishment-standards. Anything less, Peter and the gang no doubt communicated, was unacceptable.

Ultimately, Paul’s story sets up a resounding theological truth, one that definitively answers Bildad’s ancient question. “We ourselves,” Paul writes, “are Jews by birth . . . yet we know that a person is not justified by works of the law” (Gal. 2:15-16). It is as if Paul wants to say that Peter and the embassy from Jerusalem, along with Paul and any other Jewish Christian, should know more than anyone that striving by works of law does not change souls. Paul’s sentiment is,”If anyone should understand that getting ahead by following religious rules does not make us right with God, it is us!” After all, the only real answer to how we are right with God is found in Jesus. Period. Thus, Paul wrote the following in verse 16: a person is not declared righteous by works of law but through faith in Jesus Christ, so we also have believed into Christ Jesus, in order to be declared righteous by faith in Christ and not by works of law, because by works of law no one will be declared righteous.

To be justified is to be acquitted. It is a legal term, one reflecting a jury’s definitive release of a defendant, wherein the defendant is legally declared free and righteous, not guilty and clear. Works of law (the Greek language does not have the definite article “the”) do not save us. Paul understands that such things never did, which is why he rightly perceives it to be ludicrous that Peter and the others would compel non-Jews to try to abide by such rules. The only thing that acquits the sinner, the only thing that makes us to be “in the right” before God, is the work of Jesus Christ. His action on the cross, whereat he died, is the legal transaction that buys our acquittal, purchases our freedom, makes it possible for us to be declared right. Nothing less. Nothing more.

And to take hold of this amazing grace?

“Write This Down” is a summary of select teaching moments offered by Pastor Matthew. The preceding summary is from the message “Justification by Faith,” part of the sermon series “Galatians: No Other Gospel,” presented on the weekend of May 20, 2012, at Bethel Church.