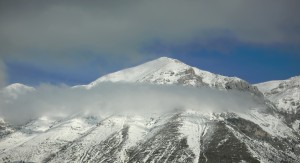 It is utterly fascinating to me that when sin is identified as the reality of someone’s life those who identify such are immediately castigated as judgmental, as if the very word “judgmental” should mitigate any conviction and invalidate the reasoning of whomever is doing the supposed judging. Of course, for the preacher concerned to communicate truth in a consistent and Christ-centered way, this is the daily curse.

Or crown. The fact is it is part of the territory for those who wish to affirm the dignity and majesty of Jesus and the resounding and eternal substance of the written Word. And it is silly to think that any one of us called to such wish to awaken each morning to make the lives of others more miserable. Well, I suppose some preachers think that—like politicians or teachers or coaches or protesters. But most do not think that way. They just simply desire to be courageously faithful to a (difficult) calling that requires them to lead on the edge in a world of mediocrity and messiness.

As one of those seeking to lead well where brokenness and hope meet, let me just say that calling out sin is not about pointing fingers and “judging” someone. More to the point, it is about affirming something greater, against which everything else is less, short, or unsatisfactory. Romans 3:23 tells us that all have sinned and fallen short of the glory of God. The bar is high: God’s glory. Against God’s glory everything else is pitched, and it is the immediately evident reality that everything else is short of such glory that creates the reality of condemnation. When the preacher calls something out as “sin,” it is not that he is trying to point the finger at the sinner, as if having some personal vendetta; rather, it is that he is pointing to the glory of God, and acknowledging that things fall short of that.

So it is with Bethel Church’s current sermon series on sex and sexuality. This past week I declared that anything falling under the umbrella of porneia, as found in 1 Thessalonians 4:3, is, well, sin. Things included under this important Greek concept of sexual distortion and deviancy are adultery and sexual manipulation and homosexuality and lesbianism and pornography and sexual abuse, et cetera. Of course, highlighting some of these distortions, being subpoints as they are underneath that broader distortion called porneia, can create quite a stir in a culture like ours that has so bought the secular-humanist lie that we are nothing more than sophisticated animals moving forward along the evolutionary spectrum, having no moral code and therefore able to do whatever we want without any concern for real consquences either to self or others. To single any one of these out is anathema in our society. Bigoted, judgmental, homophobic (come on, really?!?!), and so forth are terms applied to those of us who dare suggest that there is something greater, better and more transcendent than the world’s lie.

I’m reminded of the little boy screaming at his parents because they just drove the minivan past the county fair; you know, the county fair with the little roller coaster and the tiny midway. “I thought we were going to the amusement park,” the boy cries. “We are,” the parents offer. “Disney World is another hour or so ahead!”

I’m reminded of driving toward the Rocky Mountains. Mile by mile the landscape changes, flat land gives way to rolling hills which gives way to ancient buttes. We gawk in amazement at the beauty, almost convincing ourselves that that is all one could really see, until we drive over the next rise and then out on the horizon before us is the intense glory of snow-capped peaks soaring higher than anything we’ve seen before on land.

When we pull up to Disney World or the purple mountains of Colorado or Wyoming or Montana, we don’t sit there and point to what was less with some judgmental spirit and tell it off. We do recognize, however, that there is a true glory, something compelling, something more transcendent, than that which had previously caught our attention or affection. In that sense a judgment is passed, but it is a judgment pitting something less against something great. Indeed, judgmentalism simply to call out what is a wasteland, whether spiritual or otherwise, is silly and reductionistic and understandably hurtful. But judgment passed as we absorb what is transcendent, simultaneously becoming aware of what falls short, is at least motivating and honest.

And regarding sex and sexuality, the high-reaching mountain of glory is the covenant relationship designed by God for one man and one woman (cp. Genesis 2 and Matthew 19). Everything else—everything else—is a the desert wasteland, leaving us barren and broken. And this is not a judgment from me. Rather, it is judgment passed by looking at the soaring peaks of God’s best and honestly assessing that everything else is, well, clearly less.