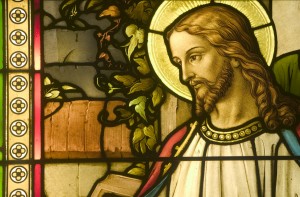 In chapter 16 of his gospel, Mark applies striking brushstrokes to the canvas that is the resurrection story. Among the inviting colors that he paints are the nervous lines of a handful of women uneasily approaching Jesus’ tomb. These ladies are undoubtedly filled with a mixture of apprehension and quiet resolve: the apprehension being that they face an uncertain future because of what they think about Jesus’ death; the resolve being that they are willing to embrace the reality of it. Alongside of these nervous contours is the bright display of an empty tomb and a lone figure boldly proclaiming that Jesus “is not here” (v. 6).

Looking closely at the texture of the brushstrokes reveals some intriguing things. First, the discovery that Jesus has been raised from the dead leaves the women overcome with a profound case of fear. The text says that they were “trembling and bewildered” (v. 8). The overwhelming weight of an empty tomb caused them no end of astonishment. One could levy the accusation that they were simply out of their minds, so shocked they were. And the fear was predominately awe—awe that reflected the realization that something superbly supernatural had just taken place. They approached the tomb expecting to embalm a dead friend. They arrived to discover that a dead man has come back to life.

Another intriguing feature is that the discovery of Jesus’ resurrection leaves the women overpowered with silence. Mark makes it plain, saying, “They said nothing to anyone, because they were afraid” (v. 8). This doesn’t imply that they never told anyone the resurrection news. But what it does forcefully suggest is that they were so stunned that a spirit of profound quietness fell upon them. Their shock and awe gave way to an abiding serenity. What would one really say? How could words adequately depict their feelings and thoughts and experience?

The discovery that Jesus had risen from the dead leaves the women overcome with awe and silence. What is your response to the resurrection? Let me invite you to do something. Carve out some time in a little while—perhaps even now—to review the resurrection accounts in the gospels. You might start by reading Luke 22-24. Put yourself in the pages of history. Hear the buzzing of the flies around Calvary. Smell the blood and sweat. Feel the isolation of Peter in the courtyard. Breathe in the damp, cool air of an empty tomb. In effect, allow yourself the opportunity to be awestruck all over again by what Jesus did and who He is. And then ponder quietly the reality that Jesus suffered, died and rose from the grave so that you—you—could be made whole and free, reconciled for certain to the Holy One of Heaven and Earth.