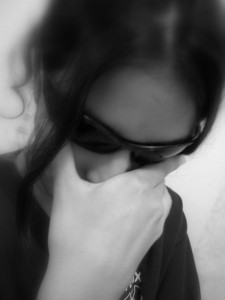 Any discussion about sex and sexuality requires an honest evaluation of the distortions that rob us of God’s very best. 1 Thessalonians 4:3 and following allow for such an evaluation. Consider the passage:

For this is the will of God, your sanctification: that you abstain from sexual immorality; that each one of you know how to control his own body in holiness and honor, not in the passion of lust like the Gentiles who do not know God; that no one transgress and wrong his brother in this matter, because the Lord is an avenger in all these things, as we told you beforehand and solemnly warned you. For God has not called us for impurity, but in holiness. Therefore whoever disregards this, disregards not man but God, who gives his Holy Spirit to you.

Sewn into the fabric of this passage is not only God’s narrative regarding sex and sexuality, but the world’s narrative. God’s narrative may be found tucked away in the phrase “your sanctification,” found in verse 3. “Sanctification” means to be set apart unto God. Since the context of the passage relates to sex and sexuality, one can rightly expect that the writer, the Apostle Paul, is exhorting us to know that God’s will is that we be set apart unto God with regard to sex and sexuality. This would imply that we align ourselves with God’s view of sex and sexuality, and as has been established in Genesis 1 and 2 and Matthew 19, God’s provision of sex and sexuality is very precious, and is exclusively for one man and one woman who become one flesh (sexual intercourse) in the context of a covenant relationship. The Scriptures do not mince words in this regard. The “one man/one woman/one flesh covenant relationship” template is the design of God; the bias of the Scriptures clearly excluding any other sexual arrangements. God’s design allows for dignity and meaning and purpose; and makes it possible for the couple to enjoy a multi-layered dynamic of connection that touches upon the intellectual, social, spiritual, physical/sexual, and emotional dimensions of life—something that is radically different from the world’s narrative which tells us we are nothing more than sophisticated animals with no moral code who can do whatever we want for ourselves with no concern for the consequences.

Standing in stark contrast to “the will of God” is “sexual immorality,” from which we must abstain. The Greek word for “sexual immorality” is porneia, from which we get the word “pornography.” Porneia implies illicit sexual belief and behavior. It speaks to sexual deviancy or distoration, something twisted and contorted—something that steps far away from God’s unique design. The word porneia is an umbrella term that includes a wide array of sexual distortions—things like adultery, beastiality, pre- or extra-marital sex, homosexuality, lesbianism, power-manipulation, erotic fantasy, pornography, sexual abuse, et cetera. These distortions fall far short of God’s best design, the precious and sacred provision of sex and sexuality as offered from the very beginning in Genesis 1 and 2. Because these fall short of God’s best these beliefs and/or behaviors are sinful (cp. Romans 3:23).

Four reasons we fall into the porneia trap are embedded in the aforementioned verses from 1 Thessalonians. First of all, we do not govern our own bodies. The Apostle Paul writes that “each one of you know how to control his own body.” More specifically he is telling us that we must “possess our own vessels,” that is govern ourselves, managing our impulses and fleshly cravings. In reality too many of us (me included!) reverse this. We let our impulses and cravings control us. Being a good steward of our bodies, of our sexual members, is a key to avoiding porneia.

A second reason we fall into the trap is we have no real vision for something more transcendent. The text tells us we must “control” our own bodies “in holiness.” The word “holiness” is related to the word “sanctification” in verse 3, and implies a commitment to being set apart unto God. Instead of living out of control, letting our cravings get the best of us and rule over us, we should reach beyond our grasp for something far better than what the world offers—something that we can proudly attain that offers substance and meaning and purpose, and reflects the freedom that God would have us enjoy (cp. Galatians 5:1).

A third reason we fall into the trap is that we live “in the passion of lust,” or, literally, we “lust after lust.” And that right there certainly reflects the world’s narrative; a narrative that tells us that a few moments of orgasm is the end-all-be-all of life; that nothing competes with that. Indeed, the world’s narrative has reduced us to being mere biological machines for which the best to be expected is that our lust is satisfied. “Lust after lust” is no doubt the defining feature of our existience, to hear the world’s message. But where within that is the dignity and honor of another? Where in that is transcendent purpose and meaning? To lust after lust is to set us up to play right into the dangers of porneia.

And the final reason we fall into the trap of porneia is that we are utterly selfish. The aforementioned passage from 1 Thessalonians 4 references those who “transgress and wrong” others. The word “transgress” suggests stepping over or on someone; placing one’s foot over someone else. To “wrong” others is to reach over them so as to dominate them. Both words tell the story of someone taking advantage of, using, and ruling over another with selfish intent. In effect the Apostle Paul is saying that we fall into sexual distortions by not governing ourselves, not casting a vision for something bigger than what the world offers, by reducing our goals to settling for mere lust as our great end, and by taking advantage of others, thus making the world all about us. The things that are embedded within the notion of porneia, things like homosexuality and adultery and manipulation and pornography and so forth, are distortions brought on by us settling for what is less than God’s best, having bought the lies of the world that we are those animals and not much more, having convinced ourselves that letting impulses rule, being short-sighted, living reductionistic lives, and running over people is okay as long as we get what we want.

Surely God has something far better in store for the one willing to take hold of it.

The story of Esau and Jacob, found in Genesis 25: 29 and following, reminds us how this template works. Esau comes in from the fields having been hunting. He smells the rich aroma of the stew that his younger brother Jacob is cooking, and he asks Jacob for a bowl of the stew. Jacob, being a deceiver, tells Esau that he can have some stew, but only if Esau gives Jacob Esau’s birthright (his entire inheritance, including the honor and dignity that comes with it). Esau, letting his cravings get the best of him, responds by saying that the birthright was of no use to him (cp. Gen. 25:32). Giving over the birthright, Esau takes the stew, devours it, and “went his way” (Gen. 25:34) clearly empty and despising the good things that God had given him.

Hebrews 12:16 tells us that by so doing Esau was sexually immoral, and yet sex is not even found in the Genesis passage. The point of the Hebrew passage is that the template for sexual immorality is played out by Esau; the template for porneia. This template is as follows: one exchanges the richest and best for something cheap and temporary and passing. That is what happens when we live a homosexual life, or pursue an adulterous relationship, or manipulate our lover, or abuse a child, et cetera. And this is sin.

With these things in mind we ought to take up the risky request of Psalm 139:23-24, wherein King David asked God to search his heart to see what unseemly things might be within it, so that then David could be led toward “the way everlasting” (Psa. 139:24). This would be a very worthwhile thing for you and me to do.

And then, in the next message, we can deal more fully with God’s healing and transformative grace.

“Write This Down…” provides a restatement of selected points or observations from various teaching venues at which Pastor Matthew speaks. The preceding material is from Pastor Matthew’s sermon entitled, “Dealing With Distortions,” part of the sermon series entitled, “Crazy Sex: Embracing God’s Best in a World Gone Crazy,” and presented on the weekend of May 22, 2011, at Bethel Church.