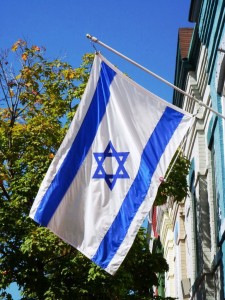 Daniel 9 offers an amazing glimpse of things to come during that era commonly called the Tribulation. What is so uncanny about the passage is not merely the prophecy of the end of days, embedded so well in Daniel 9:27, but the prophecy that is found in Daniel 9:25 and then again in Daniel 9:26, relating to the person of Jesus. Let’s consider this prophecy first, and then proceed to the next.

Daniel 9:25 references a significant time period, historically beginning with the command given by the Persian king Artaxerxes to rebuild the ruined city of Jerusalem. This decree went out (see Nehemiah 2:1 and following) on April 2, 444 BC. This is the event denoted by “the going out of the word to restore and build Jerusalem.” From that point on, according to Daniel, there will be seven “weeks” and then sixty-two “weeks.” In the Hebrew world “weeks” means a period of seven years; somewhat akin to our understanding of a decade as a period of ten years. The combination of the seven “weeks” and sixty-two “weeks” yields sixty-nine periods of seven years, or a total of 483 years (according to Jewish reckoning of 360 days in a year). This, of course, begs an important question: what happens four hundred and eighty three years following the command to rebuild Jerusalem?

To be particularly precise let’s translate that period of 483 years into days. If we do so then we have 173,880 days. When tracking 173,880 days from April 2, 444 BC we arrive at March 29, 33 AD—to the very day. And March 29, 33 AD proves to be one of the most celebrated days in all of Christendom, for it is commonly known as Palm Sunday, the day that according to the gospel accounts in the New Testament Jesus rode into Jerusalem on a donkey, formally presenting himself as Israel’s Messiah. Of course, this squares exactly with Daniel 9:25, wherein the coming of an “anointed one,” or “messiah,” is referenced.

That this prophecy was penned by Daniel in the 530s BC makes it all the more remarkable. Nearly one hundred years prior to King Artxerxes’ command to rebuild Jerusalem, and nearly 560 years prior to Jesus’ arrival in that rebuilt city, Daniel was reflecting upon these events with unbelievable clarity, which sets the stage for what follows.

Daniel 9:26 explains that this “messiah” will be “cut off” after his arrival in Jerusalem. The Hebrew word from which the phrase “cut off” comes is a word that means “to be executed.” Amazing! Of course, days after Jesus’ arrival on that donkey on March 30, 33 AD, he was crucified by the Romans. And sure enough, as verse 26 continues to offer, the city of Jerusalem was once again destroyed, in 70 AD, by a general named Titus. He was Roman, and eventually would be the caesar of the Roman Empire. That the “people of the prince who is to come shall destroy the city and the sanctuary” is included is critical. It speaks to the historical reality of Titus’ destruction of Jerusalem, but it also links the “prince who is to come” to the Roman Empire. This, particularly in light of Daniel 7 and Daniel 8, points to the antichrist.

Which takes us to Daniel 9:27, wherein we find this “prince” (verse 26) who will “make a strong covenant” with Israel for one “week.” Remembering that “week” is a period of seven years, we suddenly find ourselves thrust forward into a seven year period in which this prince, the antichrist, will be making a treaty of some kind with the people of Israel. The reality is that something to this effect has not happened in history; the focus of Daniel 9 clearly suggesting this is a future event. This treaty will unfold, and then half way through the seven year period of supposed peace it will be broken: half of the week he shall put an end to sacrifice and offering. Personally, I suspect that with the signing of the treaty the people of Israel will have felt free to rebuild their beloved temple on what is today known as the Temple Mount. Perhaps—and this is just my own educated speculation—half way through the seven year period the man who initiated the treaty (the antichrist) is invited to come for something like the ribbon-cutting, the official opening of the temple. But instead of celebrating with the Jewish people he fulfills what the Apostle Paul penned in 2 Thessalonians 2:4, taking “his seat in the temple of God, proclaiming himself to be God.” With that, as you might imagine, all hell breaks loose.

Thus, we must not overlook some of the realities embedded within verse 27. Note words like “desolator” and “abominations shall come.” This seven year period will be a time of terrible wrath and destruction; as Daniel 8:25 describes, a time wherein many shall be destroyed. It will have the distinct purpose of purifying the people of Israel so that many will come to understand once and for all the reality of Jesus as the Messiah and King. It will also have the distinct purpose of disciplining the Gentile nations for their treatment of God’s chosen people and for their pompous rejection of God’s values. And lest we think these purposes are figments of my own imagination, let’s look no further than what the Apostle Paul writes in 2 Thessalonians 2:9-10 when he suggests that the coming era in question is to deal with those who “refused to love the truth.”

These things ought to provoke one primary feeling for the believer in Christ Jesus: urgency. We who follow Christ have an incredible story to tell of a Savior, Jesus, who died to deal with our sin and shame and fear. Those willing to place their trust upon the person of Jesus for forgiveness, new life, reconciliation with God the Father, and so much more, will, according to Revelation 310, be kept “from the hour of trial that is coming on the whole world, to try those who dwell on the earth.” It is clear that ancient prophecies have been fulfilled with spectacular precision. We must understand, therefore, that those still future will be as well.

And that ought to motivate us all! 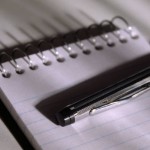 “Write This Down…” provides a restatement of selected points or observations from various teaching venues at which Pastor Matthew speaks. The preceding material is from Pastor Matthew’s sermon entitled, “Daniel’s 70th Week,” part of the sermon series “Memoirs of an Ancient Prophet: A Study of the Book of Daniel,” presented the weekend of March 27, 2011, at Bethel Church.