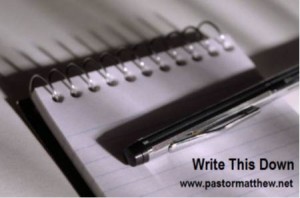 The mission of Bethel Church in Fargo, North Dakota, is to make disciples who live, love and lead like Christ. Indeed, it is our audacious conviction that this is the premier responsiblity that we have as a church, and, in fact, it is the premier responsibility of every church in every spot on the planet. To find out how our Lord manifested these three things we turn to Mark 14:32-42, where we find a powerful glimpse into a moment of crisis in his life. Recent posts have found us processing the way in which we can live and love like Jesus; our purpose in this post relates to how we might lead like Christ. Mark 14:42 unpacks this for us, when Jesus declared to his disciples, “Rise, let us be going, see my betrayer is at hand.”

Of course, at first glance we wonder, “Where is the leadership dimension in this verse?” It is helpful to note that when Jesus rallied his disciples to receive Judas Iscariot and the angry mob, he was, by virtue of his direction and determination, stepping out into God’s unfolding redemptive plan. In the end, this is the essence of leadership in God’s economy. Intentionally stepping out into the unfolding redemptive drama of God is the core responsibility of every follower of Jesus Christ. Period. All of us are on mission. This is mission number one!

Some observations about this particular moment of leadership follow. First, it is noteworthy that Jesus asked nothing of his disciples that he himself was unwilling to do. When he asked the disciples to “rise” and “be going,” he included himself in the equation. He would be with them. They would not go alone.

Another observation is that leadership happens only in the context of community. Leadership is not about programs and projects and plans. It is about people. Mark 14:42 presents a powerful portrait of community. Jesus intentionally stepped into God’s unfolding mission as a response to Abba. Their relationship epitomized community. That he rallied his disciples—initially Peter, James and John, and then the remaining group—reminds us that Jesus is connected within a community context to o 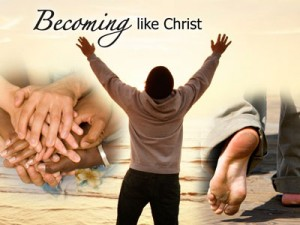 thers beyond Abba. That Jesus and his followers moved toward Judas Iscariot and the mob reminds us that there is a community beyond even the closest companions. And that Jesus gave himself fully to the cross and resurrection is a community-responsibility: the community being you and me as we are connected to him by faith.

Another observation is that those who lead within God’s economy move toward conflict. Jesus knew nothing of “Minnesota Nice.” When the opportunity for conflict came toward him, rather than turn and run he rallied his companions and went toward it. Those leading for the Kingdom of God will find that efforts to influence lives for Christ will often create conflict, discomfort, even pain. True disciples are unwavering in their commitment to see it through.

One very important note about Mark 14:42 is that this moment in which Jesus rallied his disciples comes on the heels of an earlier chapter in Mark where Jesus offered some unique insight into the reality of leadership. Mark 10:35 and following finds James and John approaching Jesus about the idea of sitting on either side of him in his kingdom. They were coveting power and position, and Jesus pushed back, contrasting the way the world thinks about leadership with the way leadership should be manifested in God’s economy. “You know that those who are considered rulers of the Gentiles lord it over them, and their great ones excersize authority over them,” Jesus comments in Mark 10:42. “But it shall not be so among you.” He then proceeds to offer the following picture of leadership from God’s vantage point:

Serving and leadership are one and the same in Jesus’ view, and lest anyone question whether Jesus really thought thus, he or she need only revisit the last sentence in the preceding verse where Jesus makes it clear that he came not to be served but to serve and give his life over as a ransom for many. Serving a broken and sinful humanity fulfilled the redemptive purpose of God. Jesus led by serving. Rallying the disciples to rise and move toward Judas Iscariot was part of the ultimate mission on which Jesus found himself. Leading himself toward the fulfillment of that mission, and leading others toward it as well, was nothing short of remarkable. He intentionally stepped into the unfolding drama of God’s mission.

And so must you and I. All it takes is one simple step; one small effort to smile at the cashier, make a phone call to a lonely friend, pray for the CEO who sits in the chair that you clean late at night, listen to your seat-mate on the airplane, and so forth. Intentional, authentic effort toward representing God’s interests in our places of influence captures the essence of leading like Christ. It is what leaders do. It is what servants do. It is what disciples do. And it is what you and I are to do if we want still others to be crafted into the derived image (see Romans 8:29) of our precious Lord Jesus.

“Write This Down…” provides a restatement of selected points or observations from various teaching venues at which Pastor Matthew speaks. The preceding material is from Pastor Matthew’s sermon entitled, “Lead!,” part of the sermon series entitled, “An Audacious Conviction,” and presented on the weekend of August 28, 2011, at Bethel Church.