A Prayer for President Obama 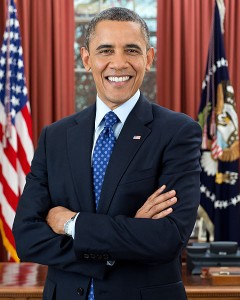 On this the public inauguration day for President Obama’s second term, I offer the following prayer:

I earnestly pray for our president. I believe the words of Romans 13:1 which declare, “For there is no authority except from God, and those that exist have been instituted by God.” I believe that you have sovereignly willed that Barack Obama remain my president for this second term. With this in mind, please hear my prayer.

I pray that you cause him to hunger and thirst for righteousness. Rather than presume on his spiritual station, and the fullness or void within his soul, I would ask that you would stir within him a longing for you; not for the things of the world or of his position or of his power, but for you, O Triune God. Woo him to yourself in a fresh and genuine manner. Show him that anything short of you will in fact not satisfy him, and that only within you is found true joy and ultimate solace. Your Word says that you satisfy those who hunger and thirst for righteousness (see Matthew 5:6). Move in President Obama’s heart to bend his knee daily toward the Lord Jesus Christ. May it be that, as has been claimed, President Obama has called upon Jesus Christ for salvation (cp. Romans 10:13). O God, may President Obama seek to be made full by you and you alone.

I pray that you would overwhelm President Obama with your wisdom. In your Word you tell us that you give wisdom “generously” (James 1:5). Please do so for our president. Grant him wisdom that is beyond measure; the discernment needed to choose right from wrong, good over evil, best over even what is good, and true justice over injustice. As a gift of common grace, grant him your wisdom; the very wisdom a world-ruler should have.

I pray that along with the wisdom you so generously offer would be an infusion of great courage—courage to hold high the lamp of liberty, courage to celebrate the free practice of religion, courage to aggressively stand against tyranny and evil at home or abroad, courage to choose righteousness even when it is not popular either at home or abroad; courage to lead well and live in dependence upon you.

I pray that you would help him to rise above the horrid partisanship that has gridlocked our national leaders for years. Move in him in such a way that he would be the one to step away from the posturing and the manipulation. Enable him to lead in a way that rises above such childish goings-on. Grant him favor with the political power-brokers, and allow him to extend to them great favor. May it be that unity would overcome estrangement, and that the pursuit of what is noble and best for our nation would override any partisan considerations.

I pray that you would move in President Obama’s soul to aggressively affirm the sanctity of life in our land. He is a family man; he has a beautiful family. Help him, O God, to experience from them, if from nowhere else, the absolute beauty and power of life-affirming choices. Cause him to own a hatred for things like abortion or euthanasia. Let his heart willingly step into the national bully pulpit, from which place he can rally our nation toward something better than that for which we are collectively settling—the celebration of life for those most vulnerable, in the womb, and in life’s late seasons.

I pray that you would move in President Obama’s soul to use the national bully pulpit to call our nation back toward transcendent values. It is not enough to merely legislate certain moral matters, or impute responsibility for life’s great tragedies to inanimate objects or political theories. Our nation needs to have its heart softened, made tender, made to stand in holy awe of transcendent values and the transcendent God of Heaven and Earth. Matters ranging from the design of family to the nightmare of Newtown too easily find their best solutions in the very things we collectively avoid with disdain. May our president call us to something better; something greater.

I pray that you would knit the hearts of his precious family together very tightly; that he and Michelle and Malia and Sasha would draw closer to one another day by day. That the pressures of his office would not negatively shape their family dynamics, but would actually bring them closer to one another as they seek to encourage and support one another. I pray that you would guard the family, as generously as you may, from the unique burdens of the president’s job, from the undue criticisms and constant stresses. May they be one; may they be strong; may they enjoy peace and grace.

I pray that you would sustain President Obama with the kind of stamina needful for a leader of his magnitude. May he find rest and refreshment often. May his physical well-being remain strong. May his personal constitution afford him energy and strength for the burdensome tasks each day brings.

In the matchless name of Jesus, Amen.

In the car of our lives, feelings make wonderful passengers but horrible drivers.

And the truly Christian heart *prefers* the latter task. It accepts the former, but prefers the latter.